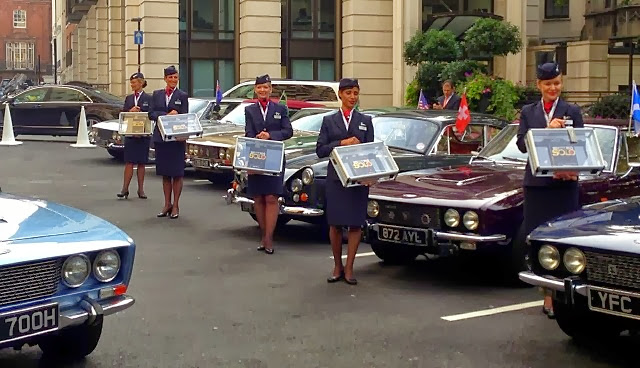 After many years of waiting, the country’s favourite super spy is finally driving a Jensen.

The new James Bond book ‘Solo’ was released in September. Here is what the JOC did for the book’s Press Launch:

William Boyd’s chauffeur delivered him to the Dorchester in an FF Mk I. Mr Boyd then signed 7 books and each was put into its own sealed Perspex case. These cases were handed over to 7 British Airways stewardesses who then individually got into one of 7 waiting Jensen cars leaving the Dorchester for the VIP airport terminal via the A4.